Cambridge Pixel, a developer of radar display, tracking, and recording sub-systems, has added dual redundancy to its SPx Tracking Server to support high-reliability radar tracking. The enhancement will protect against system failure by providing two processing paths for the radar data and allowing automatic switching from one to the other.

Support for dual redundant radar tracking is designed for developers of high reliability or remote systems such as in maritime and coastal surveillance applications where multiple radars are located along a coastline and may be unmanned and highly inaccessible.

David Johnson, CEO, Cambridge Pixel, said: “Many of our radar processing systems are being used in complex, distributed architectures where reliability and remote monitoring are essential and many rely on our radar tracking capability to interpret the radar observations to distinguish real targets from noise.

“With support for dual redundant radar tracking within our SPx radar processing software, we can now provide customers that demand high reliability with the built-in capability to switch processors in the event of a system failure. This means that the receiving client sees a single consistent and uninterrupted stream of radar and target track data because the individual processors are programmed to manage the switch-over between themselves if needed.”

Cambridge Pixel has other products which assist developers and integrators with managing system wide activity. For example, SPx Monitor supports wide-area and local monitoring of network traffic and system health, providing information back to a central monitoring point which can show errors, conflicts, or an absence of data on any expected network addresses.

“We are seeing increasing demand from customers for dual redundancy and for management tools to provide a consolidated view of systems across multiple locations,” said David Johnson. “This is further evidence that the display of radar is increasingly moving up the supply chain and becoming a critical part of modern surveillance, navigation, and command & control systems.” 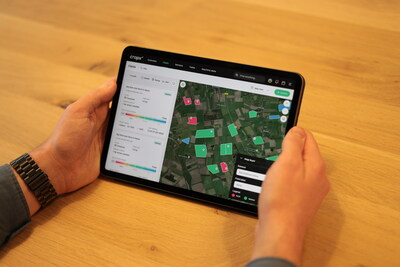 The CropX system offers its users real-time mobile and desktop insights and advice on irrigation, disease control, nutrient management and more, based on above-ground crop sensing data and below-ground soil monitoring. Tule brings a complementary new mode of data collection from above the plant canopy that precisely determines crop water use, which will enhance CropX’s artificial intelligence predictions, recommendations, and automations, and add to its solutions for drip-irrigated specialty crops such as tree-nuts and vineyards.

“We are excited to welcome Tule to CropX, expanding our offerings to our customers to solve agronomic problems. With Tule’s canopy data incorporated into the CropX system, CropX is adding a new and powerful dimension to the world’s most complete precision irrigation solution,” said Tomer Tzach, CEO of CropX Technologies.

The acquisition comes at a time of increasing demand for precise watering technologies in agriculture. “The farming industry is at the frontlines of global challenges to balance food security with water and other natural resources,” said Dr. John Gates, Senior Vice President and Global Head of Product at CropX. “We are committed to helping our customers manage water confidently and efficiently with technology. Tule’s unique tech and vast experience with California vineyards and orchards are a perfect fit.”

This is the fourth acquisition CropX has made since 2020 and the second US-based company. CropX acquired Nebraska-based CropMetrics in the first quarter (Q1) of 2020, New Zealand-based Regen in Q4 of 2020, and Netherlands-based Dacom Farm Intelligence in Q3 2021, in each case adding expertise, technologies, customers, data and expanding markets.

CropX Technologies is one of the fastest growing providers of agribusiness farm management solutions in the world, deployed in over 60 countries and across all arable continents. The CropX Agronomic Farm Management System synthesizes data from the earth and sky to offer advanced soil and crop intelligence and a suite of digital decision support and planning tools, all on an easy-to-use app capable of tracking multiple farms and fields. CropX is backed by the world’s leading agribusinesses and VCs, who recognize that CropX’s precision-ag technologies set new standards for best practices in environmental sustainability and farm productivity. Learn more at www.cropx.com.

Founded in 2014 with backing from Y-Combinator and others, Tule (pronounced “too-lee”) combines proprietary technology, agronomic expertise, and cutting-edge artificial intelligence to provide farmers with irrigation decision support solutions. Their unique in-field sensor, developed at the University of California, Davis, is the only commercially available device for measuring Actual Evapotranspiration (i.e., the water use of a farm field). The company’s customers include the winemakers who tend to coastal California’s most prized vineyards to the agronomists who farm thousands of acres of tree crops in California’s inland valleys.

ClimeCo Acquires 3GreenTree To Enrich Ecosystems Around the World 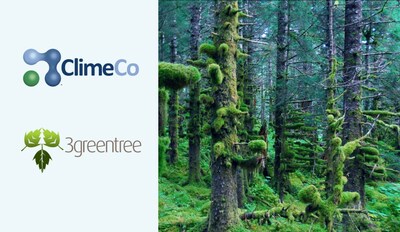 To enhance the sustainable management of nature and deliver environmental, social, and economic benefits, ClimeCo is excited to announce the acquisition of 3GreenTree Ecosystem Service Ltd. (3GreenTree). ClimeCo, a global sustainability advisor with a harmony of industrial and nature-based carbon solutions that meet the diverse needs of their clients’ climate programs, believes that resilient systems depend on locally derived and market-based solutions.

The acquisition of 3GreenTree is integral to ClimeCo’s growth and investment in carbon removals.

“We are delighted to add the depth and breadth of experience that 3GreenTree brings to ClimeCo,” says Erika Schiller, ClimeCo’s Senior Vice President of Project Development. “Our Project Development Team has been working with 3GreenTree on many opportunities to build carbon models, assess and manage risk, and deliver better turn-key projects. They are integral to ClimeCo’s growth and investment in carbon removals.”

ClimeCo is excited about the opportunities to capitalize on developments in the nature-based solutions space and is inspired to generate results that benefit people, the environment, and the climate. 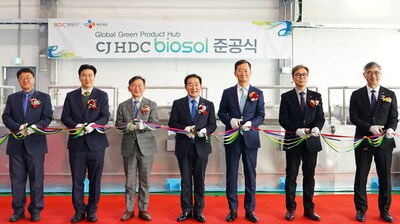 CJ HDC biosol (biosol) and CJ Biomaterials, Inc., a division of South Korea-based CJ CheilJedang and a primary producer of polyhydroxyalkanoate (PHA), will work together to accelerate the development and commercialization of ecofriendly bioplastics. biosol has completed construction of a new South Korean bioplastic compounding plant in Jincheon, Chungcheongbuk-do, which has capacity to produce 11,000 tons of bioplastics annually. CJ HDC biosol, established in February 2022, is the result of the joint venture between CJ CheilJedang and HDC Hyundai EP, South Korea’s largest plastic compounding manufacturer, to create an eco-friendly material compounding business.

Compounding is a process of mixing or blending polymers and additives together to create a customized plastic solution to meet specific color, property and performance requirements. biosol’s new facility will focus on developing sustainable solutions using a variety of biopolymers, such as CJ Biomaterials’ amorphous PHA, cellulose, polylactic acid (PLA) and others. CJ Biomaterials is the leading producer of amorphous PHA, which is a softer, more rubbery version of PHA that offers fundamentally different performance characteristics than crystalline or semi-crystalline forms of PHA and is a very good modifier for other bioplastics. It has strong biodegradability and compostability properties and can contribute to marine or soil biodegradable, or home compostable products in a variety of applications.

biosol has started production at its approximately 40,000 square-foot compounding facility, which will help bolster the success of CJ CheilJedang and HDC Hyundai EP commitments to a sustainable future. The new plant will allow CJ CheilJedang to expand its business area to encompass more eco-friendly materials beyond its PHA technology, introducing a new growth engine for the company, while HDC Hyundai EP is expected to further consolidate its position as South Korea’s leading compounding business.

“Global customers are setting aggressive environmental, social and governance goals, focusing on sustainable management amid the rising trend toward carbon neutrality,” said CJ CheilJedang CEO Choi Eun Seok, at a ribbon cutting officially opening the Jincheon site. “We are committed to devoting resources to support biosol and the goals of the joint venture to become a leading eco-friendly material solutions company by providing our differentiated PHA material to combine with the cutting-edge compounding capabilities of HDC Hyundai EP.”

Chung Joong Kyu, CEO of biosol, added: “We are focused on the development of differentiated eco-friendly materials and committed to moving forward as a ‘Global Green Product Hub’ to help establish a ‘plastic circular economy.”

For information on CJ Biomaterials, visit our website at https://www.cjbio.net/en/products/cjPha.do.

CJ Biomaterials, a business unit of CJ BIO, is a part of CJ CheilJedang, a global lifestyle company with a vision to inspire a new life filled with health, happiness and convenience. CJ Group has organized its business portfolio into four core sectors: Food & Food Service, Bio & Pharma, Entertainment & Media, and Retail & Logistics. CJ BIO is the world’s leading supplier of fermentation-based bioproducts for animal nutrition, human nutrition, and biomaterials at its thirteen manufacturing facilities worldwide. It is the mission of CJ Biomaterials to develop meaningful solutions to the global problem of plastic waste and other sustainability challenges at scale. CJ Biomaterials has been working toward bio-based chemicals and biopolymers as part of a long-term vision to expand into technologies that can help create a more sustainable future. CJ Biomaterials is a leader in the manufacture of polyhydroxyalkanoates (PHAs) – both polymers and related chemistries. We have the core technology platforms necessary to implement PHA-based solutions at scale including bioscience, chemical engineering, materials innovation and applications development. We have the technology, expertise and capacity to make an impact with PHA in global markets and important applications, ranging from flexible and rigid packaging, 3D printing and agricultural films to coatings, personal care, and healthcare.

How to Leverage Technology to Increase Business Efficiency

The Role of Artificial Intelligence in Marketing and Customer Service

How Marketplaces Can Help Your Business? MasterBundles Case