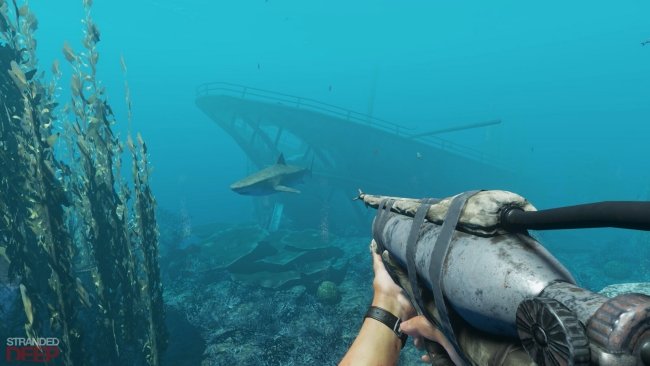 In the game, a plane crash survivor needs to survive post crash and in the process face various obstacles. The player in the game will have to search for food, shelter etc. necessary for survival and at the same time face the threat of sea creatures like sharks and land creatures like wild boars among others.

“Following the closure of the previous publisher we had been partnering with, we bought back the console rights so that we could publish it ourselves, along with the support of industry friends and the community,”

Beam Team co-founder Sam Edwards explained in a post on the PlayStation Blog.

According to the founders of Stranded Deep, the game will be priced around $20 USD mark. The game will go live at 8:00 a.m. Pacific on April 21 in North America and “midnight in your local timezone” in the rest of the world” on PlayStation 4.

The Xbox One version will also be available an hour later i.e 1:00 a.m. in local timezones.

Indonesian Online Stores Take their Stage during the Coronavirus Outbreak

Plasma Bot, built by Microsoft will tell you whether or not you can donate Plasma in the fight against Coronavirus

The sixty-four days of the lockdown may have paved way for uncertainties in the job market but only 10% active jobseekers confirmed that they have been laid-off, revealed a survey by India’s No. 1 job site, Naukri.com. The unwelcomed pause in the hiring activity has opened new avenues for jobseekers to up-skill themselves and enhance their domain expertise. Close to 50% jobseekers confirmed that they are utilizing this time to focus on self-development. The survey also revealed that the jobseekers from the IT, Pharma, Medical/Healthcare and BFSI industries were less impacted by layoffs and salary cuts as compared to their counterparts from other industries.

Further to this, the survey revealed that fear of laying off or salary cuts are not the key drivers for job change. Interestingly, it’s better career opportunities. 70% of jobseekers are scouting new jobs for better career opportunities followed by 16% due to salary cuts by their organization and 14% due to the fear of being laid off by their company.

Out of the 10% of jobseekers who have already been laid off, 15% were from the Airlines and E-commerce industry each and around 14% were from the Hospitality industry. Around 13% of the laid-off employees were senior professionals with 11+ years of work experience and were working in either Sales (12%), HR & Admin (12%), Marketing (11%) or Operations/Supply Chain (11%) roles.

Referring to the survey findings, Pawan Goyal, Chief Business Officer, Naukri.com said, “The survey gives a broad direction of maintaining caution towards the future outlook of the job market. While only 10% jobseekers confirmed that they have been laid-off as per the survey, almost 34% fear that a layoff is imminent. The Step-Up’ initiative by Naukri.com aims to facilitate hiring of the laid off segment by improving their discovery by the recruiters&expense less access to their CV’s. On the positive side it is heartening to see that more than 50% of jobseekers are focusing on upskilling for better career opportunities and that is a sure shot way of long term career growth.”

Majority of jobseekers are utilizing the time at hand due to the lockdown for self-development and career advancement. Either the jobseekers have enrolled in for an upskilling course or are seeking professional help for building their resumes and brushing their domain knowledge. Data Science & Analytics courses (22%), followed by Digital Marketing (20%), and Finance and Risk Management (16%) were amongst the top courses being picked up by jobseekers to up-skill themselves.

There is a mixed feeling around layoffs and salary cuts amongst jobseekers. 41% of the jobseekers were positive that layoffs are not likely to happen in their organization. These jobseekers were mostly from the BFSI, IT and Pharma industries suggesting a relatively higher job security sentiment in these industries. On the other hand, 59% of the jobseekers, mostly from the Airlines, Hospitality, Ecommerce and BPO/ITES industries, confirmed that the layoffs are either already announced or most likely to happen in the coming days. 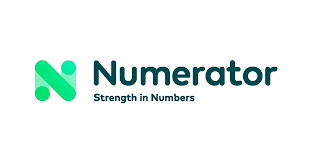 Numerator, a data and tech company serving the market research space, has now quantified the rate at which eCommerce has accelerated for specific CPG categories during COVID-19. For the first time, brands and retailers can understand the step-change in pace with which consumer households turned to eCommerce solutions to meet their shopping needs. This is an essential insight as brands seek to forecast 2nd half inventory and allocate marketing spend.

“COVID-19 has forever changed the shopping behaviors that have been considered the norm for decades,” said Eric Belcher, CEO, Numerator. “We’re seeing some brands and retailers throw out their playbooks and rethink how they run their business going forward, while others seem frozen.  The data we’re publishing today should be a call to action for those who aren’t adapting at the pace of their consumers.”

The Numerator eCommerce Acceleration Index shows the dramatic spike in the rate of active online shoppers purchasing each category during COVID-19 relative to each category’s multi-year baseline with selected categories shared below. The following chart reads as “the rate of HH’s using online to purchase Ice Cream & Novelties during COVID (March 1 – May 15) was 9x the pre-COVID multi-year baseline.” A sampling of categories is shown below:

The acceleration rate provides a measurement of how COVID has shortened the cycle time of converting households to buy the category online. For example, Ice Cream & Novelties is gaining online household share at a rate that is 9 times greater than the historical rate. This means that for every month that passes during COVID time, it is as though we have experienced 9 months of growth (based on the historic rate) which means this category has moved 8 months ahead of where it was expected to be (9-1) every four weeks. Thus, after 2+ months of COVID, this category is almost 20 months ahead of the game.

Note that acceleration rate is one of several factors brands need to consider to understand this dynamic and plan accordingly.

Numerator is the only omnichannel consumer insights panel that can quantify both the acceleration in and the shift toward household usage of online solutions. This is significant because Numerator data confirms that once consumers create online buying habits for a given category, they buy more often, spend more per item, and spend more on the category in total.

Daily analysis of Numerator data confirms that the uplift in eCommerce spending has both rapidly accelerated and sustained over the course of 10 weeks ending May 15.

MiTek Industries, part of the Berkshire Hathaway group, is a manufacturing building materials and engineering software company. With a global customer base, privacy plays a key role in MiTek’s extensive operation.

MiTek Industries operate across numerous global jurisdictions, and their privacy team needs a centralized system for managing their global operations and allowing for more transparent accountability. To maximize the efficiency and effectiveness of their privacy program, they implemented a range of OneTrust modules, including Cookie Compliance, Assessment Automation, Data Mapping, Data Subject Access Requests, and Vendor Risk Management.

“Drawing together MiTek Industries’ global privacy operations into the OneTrust platform has demonstrated the power of having centralized program management, both for the privacy team and the wider company,” said Kabir Barday, OneTrust CEO and Fellow of Information Privacy (FIP). “We’re proud to partner with MiTek industries and to help build a culture of privacy across their organization.”