Technologies are aimed to make our life better, easier and smarter. What if your bag becomes a caring friend for you? Imagine a bag, which charges your gadgets, protects your belongings, gives you a light, when it’s dark, provides you with the internet. Do you think these are too much for one bag? Lumzag has come up with products that can do even more. This unique fashionable stylish smart bag, created in Armenia has incorporated seven smart features.

The Lumzag Backpack charges your phone wirelessly on the go, while also charging your tablet and laptop with a built-in 10,000 mAh power bank. You can also charge your AirPods using the special compartment in the bag. The power bank is removable, which makes Lumzag TSA (Transportation Security Administration) approved.

Special sensors in Lumzag track all your stuff

You can mark your items with special Identification Stickers that come with your Lumzag Smart Bag, identify them in your Lumzag app, and if you happen to leave something behind Lumzag will notify you.

Lumzag lights up inside when it’s dark

Darkness is not an obstacle anymore to find anything you want inside your bag. The built-in LED light in the main compartment gives you a comfortable and energy-efficient solution to avoid the black hole effect in your bag. The light turns on automatically in the dark and you can even change its color.

Every time someone tries to open your bag or steal it, Lumzag mobile App will notify you. It will also activate a high-pitched alarm when the distance between you and your bag is above your set maximum. You can activate the security mode in the app.

Lumzag shows you its location if you misplace it

You can Track your Lumzag bag wherever you are, regardless of the distance between you. The GPS tracker allows you to always know the exact location of Lumzag in real-time.

Lumzag shows what’s going on behind you

Through Lumzag, you get an extra pair of eyes in the urban jungle: always be aware of what is going on behind, seeing it in live view mode on your smartphone screen through the camera on the back. This feature is optional and if you don’t need it you can request Lumzag without the camera.

Lumzag provides you with the internet connection worldwide

This backpack provides affordable internet access, regardless of the internet connection available in the area. Specially designed built-in data sim card in Lumzag gives you an opportunity to have your own WiFi connection in the whole world with much lower prices than the roaming internet. You can activate this function only when you need to use it and pay only for the used data.

As per Lumzag, their bags are made of high-end materials. With a futuristic design and progressive functionality, Lumzag aims at becoming its users’ everyday companion that makes their life smarter, easier, and more secure.

The Lumzag team comprises a diverse group of passionate and creative individuals, who brought this amazing concept to life. The Founder of Lumzag Inc, Armen Poghosyan, is a specialist in IT and Telecommunications, with more than 20 years of experience. “We envisioned bags that would not only simplify life, but also give everyone peace of mind, – says Armen, “Our mission is to make people carefree and secure, bringing clarity to a hectic life.”

3 Sectors With The Highest Need For Innovation 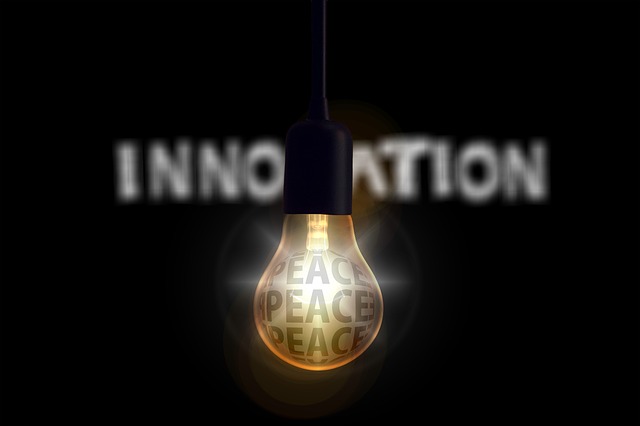 The U.S. GDP dropped 5% due to the pandemic shutdown and global restrictions and it is projected that the total global economic loss could be up to $2.7 trillion. The world was woefully unprepared for such pandemic and the fundamentals of geopolitical relations, work environments, and industry growth may forever change. While some industries such as travel and tourism were essentially put on hold, some industries such as e-commerce thrived in the current conditions.

Healthcare systems in certain countries crumbled under the pressure of rising cases and struggled to provide proper care in a timely manner. We saw that most governments did not have a way of simply reducing human-to-human interactions in our daily lives and thus simply shut down the entire economy while scrambling to meet the most basic needs of their citizens.

As the world starts to recover and reflect on what it has just been and still is going through, entrepreneurs are starting to debate areas where we need more innovation power or velocity. Here are the three sectors where technological advancement is desperately needed.

The death toll has now surpassed 350,000. Of the fatal cases, 74% of them were 65 or older. While there has been some significant progress made in life science and health management, aged care hasn’t received particularly a lot of attention until now. As life expectancy grows, the focus starts shifting to how to improve the quality of life in the later years of life. The elderly population is more subjective to chronic pain and diminishing mental capacity. Many aged care facilities will have trained aged care nurses to help their residents not only manage the pain but lead more active lives to strengthen their bodily and mental functions.

Technologies to help prevent/manage pain, strengthen joints and muscles, balance medications, and stimulate their brains to improve their memories are in high demand. But, in light of the devastating effect of the pandemic on this vulnerable population, how aged care is delivered including the patient-carer interactions to reduce infections is a gap that is up for grabs for any innovator eager to create a sustainable solution. Beyond the value of human life, improper provision of aged care has gross economic consequences. Dementia, for instance, is tagged with the economic costs of $14.67 billion.

The world will want to further pandemic-proof our infrastructures after recovery. Implementing contactless payments across all traditional transactions may require the innovators, entrepreneurs, politicians, and companies to collaborate and deliver. Will this accelerate the transition to a cashless society? Time will tell.

When in-person transactions became so severely restricted, last mile delivery gained renewed attention as many merchants and vendored relied on supply chain operations and couriers to continue to sell their goods. Consumers relied even more on online shopping as many local stores ran out of supplies and the fear of going outside worsened. In 2019, around 14% of all retail purchases globally occurred online. This number is expected to skyrocket by the end of 2020.

The challenge is that there are still quirks and kinks that need to be figured out in last mile delivery. The dependence on warehouses, supply chain logistics, fleets, and couriers still creates bottlenecks in many places. 36% of Americans have experienced not receiving the package they had ordered. The ease of returns is also a problematic area especially when post office hours are restricted. There have been some experiments with robots to address many of these challenges but the renewed interest and bolstered power of last mile delivery will hopefully propel more breakthroughs in this sector. 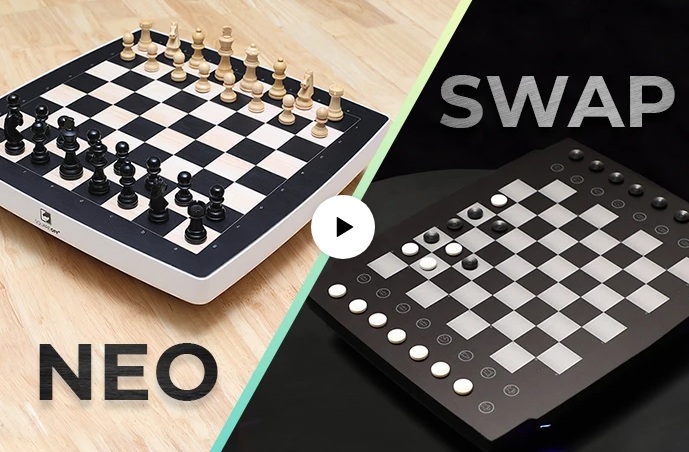 Square Off, the team that introduced the world to the smartest chessboard, has come up with their latest innovations – Square Off Neo and Swap.

So how did Square Off manage to grab the attention of backers?

Square Off’s products function in the upcoming realm of connected board gaming, with a focus on automated movements, adaptive AI, multi-gaming, global connectivity, and personalized coaching – all at an affordable price point – making the boards quite desirable in the innovators and early adopters’ circles.

Square Off launched their pioneering automated chessboard in 2016. For the first time, players could connect with and play against other players from around the world, on their very own board through the power of telerobotics. What started with the first successful Kickstarter campaign, turned into more than 20,000 satisfied users, over $4 Million dollars in revenue, and $1.6 Million in equity funding from investors like Kstart Capital, India Quotient and RB Capital.

Speaking about their recent success, Bhavya Gohil, CEO, said, “The last few months have been an exciting and enriching roller-coaster ride. We went into this with utmost faith and conviction in our idea and while we knew it has legs, we were absolutely overwhelmed by the sheer magnitude of the response we received. However, this is just the beginning for us. With Neo our vision was of the quintessential chessboard that’s meant for every home and with Swap we’ve attempted to revolutionize the board gaming surface and hence experience altogether. We are pushing the envelope for smart, automated board games and we plan on following it up with more innovations in the near future.” 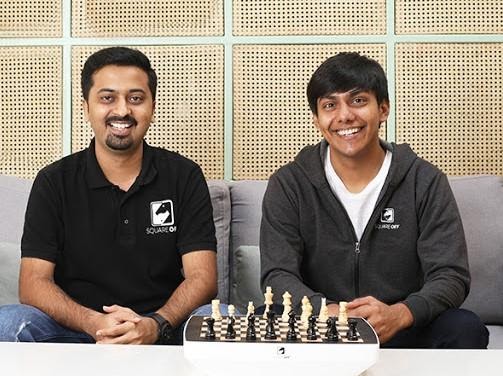 Features of Square Off Neo

Square Off Neo is the next generation of smartboard games that is taking chess to the future. It’s a lighter, faster, affordable chessboard for every household that’s packed with adaptive AI that can be challenged up to 30 difficulty levels, personalized chess coaching, and 1.5X faster movements. With a seamless, no-press movement of pieces and an absolutely silent machinery, the board is quite an update from its predecessors.

Features of Square Off Swap

Square Off Swap offers users the convenience of playing multiple board games on the same surface. Think of it as a pioneering console for board games. The board comes with four games – Chess, Draughts, Halma or Connect 4 – to begin with and it also allows players to develop their own games which can be played on its 8X8 checkered surface. Like Neo, Swap too is globally connected – so whether your opponent is in a different room or a different continent, the game still goes on! Swap also packs in the Blitz Chess feature which introduces speed chess to the Square Off range of products.

Speaking on the journey ahead for Square Off, Atur Mehta, Co-founder & CTO, said, “Since Kickstarter comprises of tech and innovation enthusiasts, it makes for the perfect testing ground for innovations like ours, before we launch the product into the actual market. We’ve received a lot of valuable feedback and insights over the last month and our next step is to head to China to complete the R&D and work on the mechanics of the boards. We aim to start the delivery for both the boards by June 2020.”

How Is 3D Scanning Revolutionizing the Apparel Industry?

Here’s what Managing 3 Kids and a Social Media Agency looks like. An Interview with Mompreneur Emmy Kissinger

An Interview with the co-founder of Golden Triangle Industrial Group, Elton Hollis

In this Interview, Timi Orosz talks about spirituality, mindfulness, and how spirituality can avert major global conflicts