In its new Problem Solvers series this month, Great Big Story meets the creators based in Singapore pushing the boundaries of technology and making innovative products with a social impact for communities at large.

Check out these five stories from the ‘Problem Solvers’ series, which launched throughout the week of August 10:

Robot Hand Glove: For the first story of ‘Problem Solvers’ series, Great Big Story explores a new rehabilitative tool that can help restore function to people with injuries and neurological conditions affecting their hands. The device, EsoGLOVE, is a robotic hand engineered to help people get a grip. Jane Wang, co-founder and CEO of Singapore’s Roceso Technologies, demonstrates how the soft, lightweight, computer-assisted glove guides fingers and thumbs to perform everyday tasks. Technologies like the EsoGLOVE can be lifechanging especially for aging populations.

Mosquito Nursery: Mosquitoes are not merely a nuisance. The insects spread a potentially deadly tropical disease called dengue, which is a threat to about half the world’s population according to the World Health Organization. Great Big Story meets with Dr. David Du, co-founder of Singapore start-up Orinno Technology, who is working with Singapore’s National Environment Agency to combat the health crisis by lowering the mosquito population. Using new technology, including a larvae dispensing system that divides pupae based on gender, Dr. Du is breeding male mosquitoes and altering their ability to mate successfully.

Third Wave Power: There are more than two billion people on this planet with limited access to electricity. Many are using devices like kerosene lanterns that aren’t safe, or good for the environment. Which is why Vishnampet Sethuraman Hariharan, the founder and CEO of Singapore’s Third Wave Power, has created illumination options that rely on renewable energy sources like the sun. Among them — a solar lighting system that can be easily carried and used anywhere. Hariharan hopes to contribute to a growing culture of clean technologies in Southeast Asia.

Astropreneur: The fourth story follows the journey of Mohammad Danesh, co-founder of Singapore startup Transcelestial Technologies, who has built a compact laser communication device that’s at the heart of allowing everyone to have access to high-speed internet. By extending the reach of the internet, he may also be helping to bridge the digital divide for those in need around the world. Danesh tells Great Big Story how his strategy works and shares otherworldly ambitions involving space lasers and satellites that could further revolutionize internet delivery.

Tiny Sponge: Singapore’s Carbon Fiber Aerogel is a super sponge capable of soaking up organic material like oil and fat from water and absorbs 190 times its weight in waste, contaminants and microplastics. It might even be used to clean up offshore oil spills in the future. With urbanization and global warming, much of the world today lives in areas of high-water stress. Creating technologies that can clean waste water on a mass scale are more important than ever. Andre Stolz, CEO and co-founder of Singapore’s EcoWorth Tech, shows Great Big Story how this reusable sponge is made and explains why it’s so amazingly absorbent. 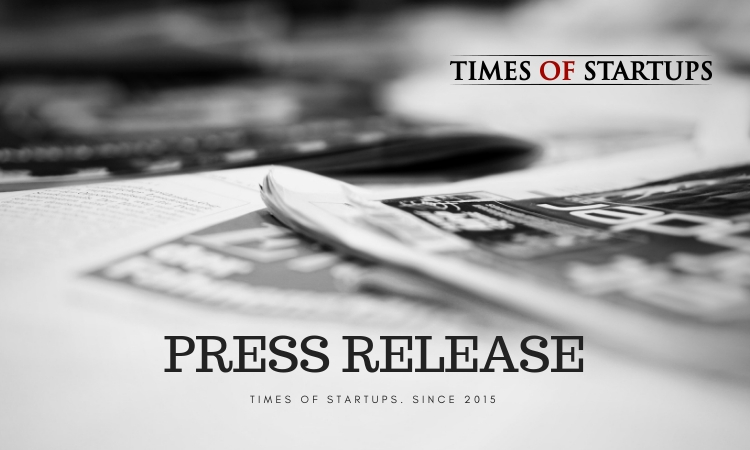 Indian Agri-tech startup in the post-harvest solutions domain, Arya Collateral participated in Philippine’s 16th edition of National Corn Congress (PNCC) today. Organized by Philippines Maize Federation Inc. (PhilMaize) and the National Corn Board, the event marks the joint celebration of their National Farmers Day. Prasanna Rao, Managing Director, Arya Collateral participated as a resource speaker and showcased India’s work in the field of agri production. He also spoke in-depth on the topic of ‘Commodity Collateral Financing.’ The 16th PNCC was organised virtually this year with more than 3000 participants and 20 eminent speakers from the agriculture industry. Prasanna has been among the few Indians to have been invited to the event to date.

The theme of the event was “Maunlad na Magmamais; Kaakibat sa Pagbangon ng Ating Ekonomiya” translating to “Prosperous Corn Farmers, Key Partner to our Economic Recovery” highlighting the inclusive role of the local corn industry in contributing to the national economic recovery given the challenges of the on-going global pandemic.

On the occasion, Prasanna Rao, Managing Director, Arya Collateral shared, “Arya has evolved to being the largest agri-warehousing service provider in India while servicing mostly the smaller primary and secondary agricultural markets. It also extends its market linkages and financial linkages services in more than 20 states in India. We feel that corn is an extremely important value chain for a country like India where the dependence on commodities like wheat and rice has traditionally been very high. Post-harvest losses can be reduced manifold using innovative farm gate level storage and embedded commodities collateral financing. We believe that more accessible credit and storage can contribute to food security. Such financing is an important component of a holistic approach to making agricultural credit and professional storage more accessible and we are striving for that through all our initiatives.”

Arya also highlighted its efforts in India to tackle the challenges that arrived due to the pandemic and also suggested how the Philippines can opt for them and implement them at the local level. Their recent initiative, A2ZGodaam enables farmers and other value chain stakeholders to easily find agri-warehouses, access credit and other post-harvest solutions across the country. Presently, about 3,000 warehouses (located in 300 districts) are listed on the platform. They have an aggregated area of about 45 million square feet with a storage capacity of 7.0 million tonnes. Besides, there are 76 service providers from insurance to local transportation that could be accessed through the platform.

Mr Roger Navarro, President Philmaize at the event expressed his desire to replicate the Arya experience of Commodity Collaterised finance in the Philippines. He also suggested that it is the way forward for Philippines’s corn farmer and can help stabilise prices and supplies and offer the best price and cost for farmers and consumers.

BD to Invest $1.2 Billion in Pre-Fillable Syringe Manufacturing Capacity Over Next Four Years 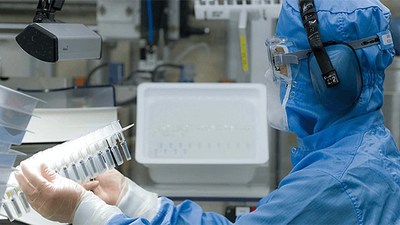 The new manufacturing facility in Europe is expected to be operational by the end of 2023. The investment will also fund capacity expansion, new product innovations, manufacturing technology enhancements and business continuity improvements across its existing network, all designed to maximize supply and reduce risks for pharmaceutical companies that rely on ready-to-fill syringes for their injectable drugs — including complex biologics, vaccines and small molecules.

“BD invented the ready-to-fill, pre-fillable syringe technology, and today’s announcement demonstrates our continued commitment to better serve our customers,” said Eric Borin, worldwide president of BD Pharmaceutical Systems. “Since 2018, BD has added 350 million units of manufacturing capacity for glass barrel pre-fillable syringes, and this new commitment will invest in additional upgrades at all of our Pharmaceutical Systems manufacturing facilities and across multiple product categories. In addition, this investment positions BD to have the needed surge capacity for increased pre-fillable syringe demand during times of pandemic response or periods of significant growth of new injectable drugs and vaccines. This significant investment in one of BD’s fastest growing business units will further advance our leadership position and enable continued strong growth in the years ahead.”

BD is one of the largest global medical technology companies in the world and is advancing the world of health by improving medical discovery, diagnostics and the delivery of care. The company supports the heroes on the frontlines of health care by developing innovative technology, services and solutions that help advance both clinical therapy for patients and clinical process for health care providers. BD and its 65,000 employees have a passion and commitment to help enhance the safety and efficiency of clinicians’ care delivery process, enable laboratory scientists to accurately detect disease and advance researchers’ capabilities to develop the next generation of diagnostics and therapeutics. BD has a presence in virtually every country and partners with organizations around the world to address some of the most challenging global health issues. By working in close collaboration with customers, BD can help enhance outcomes, lower costs, increase efficiencies, improve safety and expand access to health care.

Things You Should Know Before You Buy a MacBook