octoScope®,  one of the leaders in accurate, repeatable and automated wireless personal testbeds, announces that it now supports Wi-Fi 6E in its Pal-6E™ instrument.

A massive portion of new spectrum is made available by regulators around the world for Wi-Fi and other unlicensed uses. A total of 1200 MHz in the new 6 GHz band increases the number of 80 MHz channels available for Wi-Fi from six to twenty resulting in a 233% increase. The Wi-Fi Alliance identifies devices supporting the 6 GHz band as Wi-Fi 6E certified.

The industry is moving aggressively forward with products that support Wi-Fi 6E. Consumer routers, phones, enterprise access points are expected to support this new band shortly. Wi-Fi 6E will complement 5G wireless service and unleash a wave of innovation for the Internet of Things.

A new generation of Wi-Fi test equipment is required to verify the operation and performance of devices supporting Wi-Fi 6E.

To create Pal-6E, octoScope added a 6 GHz capable radio to its existing Pal-6 instrument. With the addition of this radio, the Pal-6E now supports all Wi-Fi standards, 802.11b/g/a/n/ac/ax.

Based on one of the most advanced Wi-Fi chipsets, octoScope’s Pal-6E functions as a traffic partner, sniffer, virtual station emulator and a load generator for testing throughput, capacity, roaming, band steering and more. Pal-6E can be built into octoBox® chambers or used stand-alone.

“We are excited to announce support for Wi-Fi 6E. Wi-Fi 6 already allows devices to operate much faster and with lower latency. Wi-Fi 6E now extends these benefits to the new 6 GHz band enabling a new wave of innovative devices and services,” said Fanny Mlinarsky, President of octoScope.

About the octoBox personal wireless testbed

Stackable and configurable octoBox personal testbeds are completely isolated from external interference and can be used at an engineer’s office or lab bench.

Each octoBox testbed is controlled by a dedicated Node.js web server accessible via a browser UI for manual control, or via REST API for test automation. The server provides the time base for the testbed and controls the built-in instruments, DUT configuration, traffic, and test flow. Test results are saved in a MongoDB database, enabling multiple teams to easily collaborate by sharing the test automation scripts and test results.

octoScope is the market leader in isolated, repeatable and automated wireless personal testbeds. Our patented technology redefines the accuracy, stability, economics and value of over-the-air wireless testing. The octoBox testbed is configurable for automated regression test sequences with a range of airlink conditions and interference scenarios. The octoBox testbeds are scalable to support a single DUT or multi-node mesh systems under test.

The testbeds feature powerful technologies to evaluate the behavior and performance of a broad range of wireless devices and systems. The tested capabilities include protocol monitoring, test traffic generation, motion and multipath emulation, interference generation and device emulation.

Nikola Corporation (NASDAQ: NKLA) has secured an innovative electric rate schedule with Arizona Public Service Company (“APS”) that makes possible the accelerated development of hydrogen-based fueling solutions for the transportation industry.  Nikola is a company dedicated to the advancement of innovative zero-emissions truck solutions and the energy infrastructure required to make this feasible.  By facilitating low-cost production of hydrogen, the Arizona Corporation Commission’s (“ACC”) approval of this rate schedule paves the way for the curtailment of greenhouse gases in the transportation sector, while also providing benefits to key constituents via novel grid-balancing solutions.

Today’s unanimous approval of this agreement by the ACC provides Nikola with a competitive electric rate specifically designed for the production, processing, and dispensing of hydrogen. This will support, among other things, enabling a zero-emission heavy-duty freight corridor along the I-10 freeway between Los Angeles and Phoenix.

APS’s competitive electric rate will help lead the creation of the hydrogen economy in Arizona.  Nikola estimates that under the rate structure it will be able to deliver hydrogen at market leading prices and within the ranges required for Nikola to offer competitive lease rates for its trucks customers.

The agreement reflects value that results from the curtailment flexibility that Nikola’s hydrogen production facilities are expected to provide to the electrical grid. These facilities will be configured to respond to the needs of the grid, for example by reducing Nikola’s energy consumption from the electric grid during heatwaves. This agreement will encourage Nikola to deploy capital within the state, increase electric load relating to hydrogen production, and further develop and employ a highly skilled and well-educated workforce.

Nikola CEO, Mark Russell, celebrated today’s critical milestone stating: “Nikola values the joint efforts of APS and the ACC to enable competitive electrolytic hydrogen production. The approval of this special rate for hydrogen production is critical for advancing the future of zero-emissions transportation and building a hydrogen economy.”

Nikola President of Energy and Commercial, Pablo Koziner, added, “Through this agreement, Nikola is assured a reliable and competitively priced source of electricity that will allow us to commence the development of hydrogen production facilities to serve the fueling needs of our truck customers.  The agreement sets an important precedent in showcasing that innovative operational solutions can be developed for the economic production of hydrogen that maximize benefits to all stakeholders.”

The approval of this agreement marks an important milestone. Going forward, Nikola will work with APS to finalize site selection and interconnection requirements to establish its first hydrogen production facility in Arizona.

“For decades, hydrogen has been a promising, but elusive, source of clean energy for both the transportation and power sectors.  We simply haven’t done enough to bring hydrogen to the mainstream,” stated Chairwoman Lea Márquez Peterson. “As we begin to enter a new energy economy, however, I want to ensure that we take all steps necessary to promote Arizona’s gradual and innovative move towards decarbonization. By supporting this application, we are doing exactly that.  Let’s make our great state the nation’s epicenter of hydrogen production, processing, and fueling, and let’s have Arizona serve as a model to other states about clean energy innovation.”

Nikola Corporation is a designer and manufacturer of zero-emission battery-electric and hydrogen-electric vehicles, electric vehicle drivetrains, vehicle components, energy storage systems, and hydrogen station infrastructure, Nikola is driven to revolutionize the economic and environmental impact of commerce as we know it today. Founded in 2015, Nikola Corporation is headquartered in Phoenix, Arizona.

Allseated, a global leader in innovative event technology, announced today its acquisition of Dusseldorf based, easyRAUM GmbH to further scale its rapid expansion into the European market. The acquisition broadens Allseated’s market presence, bringing the full power of its event technology platforms to venues, brands, corporates, and planners across Europe.

A long-time leader and serving some of the biggest names in the German speaking market, easyRAUM’s reputation and reach has been second to none. With thousands of users powering large scale events, it has been successfully serving and expanding its customer base for the past fifteen years.

“This is a strategic move for us to further scale our business in Europe by combining easyRAUM’s market presence, amazing team and customer base with Allseated’s cutting-edge technology platform.”  said Yaron Lipshitz, Allseated CEO. “EasyRAUM has been a great partner of ours and we have worked so close together, that the acquisition seems more of a formality at this point. Thanks to our now German team, Allseated is now powering some of the largest venues and brands in the European market with our latest virtual event product exVo, already in use by the local industry” he added.

Sandy Hammer, co-founder and CMO of Allseated added: “The partnership with easyRAUM enabled us to short-circuit our expansion in this exciting market and to quickly bring value to some amazing brands. We are thrilled to have the team join our rapidly growing company.”

Allseated is one of the world’s most innovative event technology platform powering hundreds of thousands of events a year. Through a cutting-edge 3D visualization platform including floorplan design tools, venue virtual tours, and revolutionary virtual/hybrid event solution, Allseated is transforming the event industry and leveraging innovation with superior customer service to help clients grow their businesses. 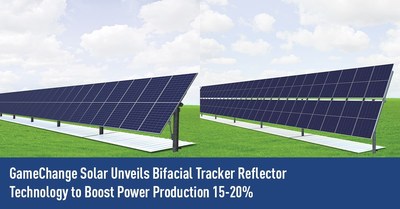