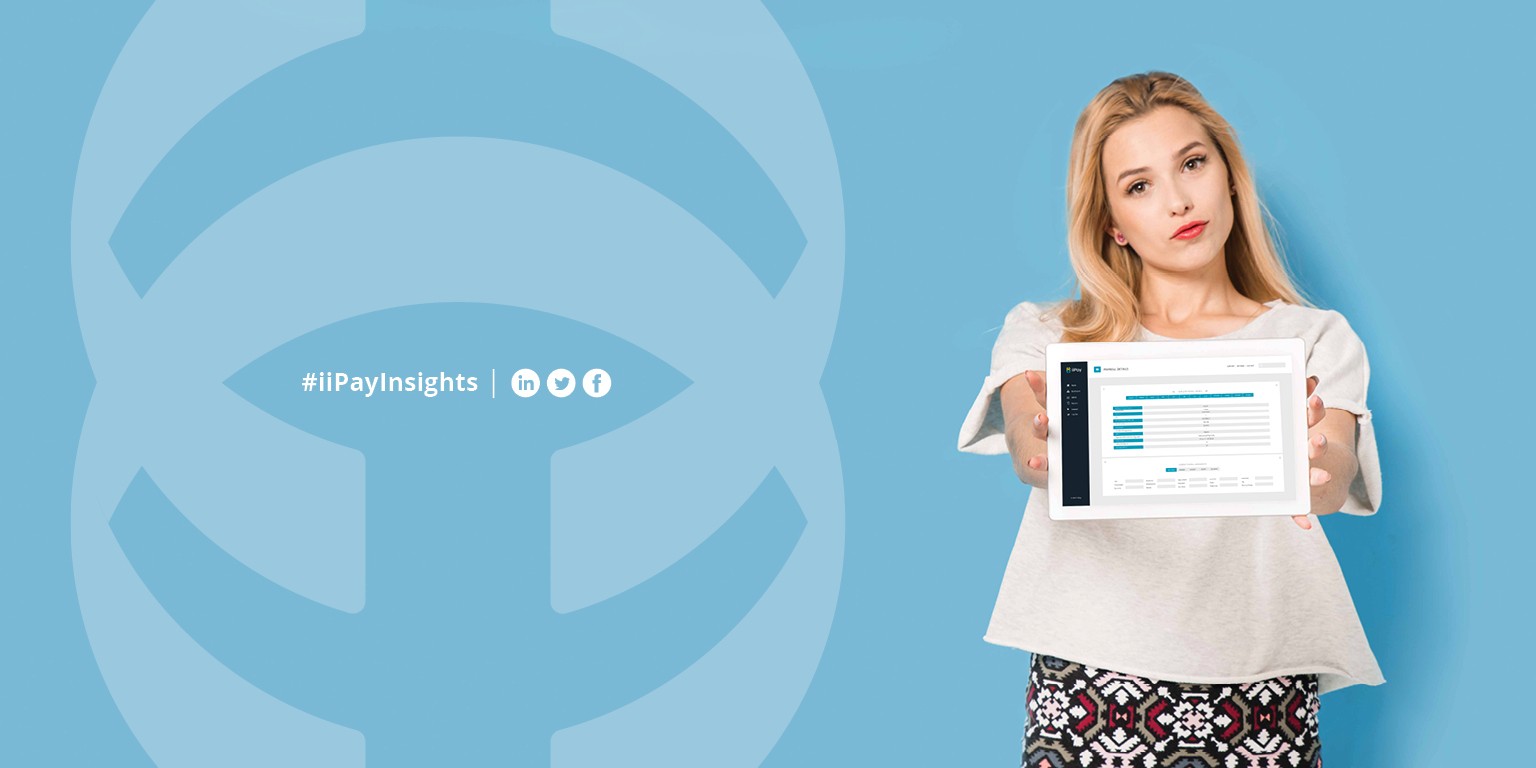 iiPay, a market-leader in providing global payroll solutions to multi-national corporations, released details of the new office opening earlier this year in Singapore.  Singapore serves as the hub for the Asia Pacific operations and represents an exciting juncture of continued growth and investment in supporting global clients through service excellence and market leading technical innovation. iiPay continues to grow and partner with its existing clients while adding new clients at a rapid pace.  This focus on client service excellence and innovation has resulted in an average revenue growth rate exceeding fifty percent for the last three years. The Singapore office launch follows the previously announced launch of its Budapest Hungary hub earlier this year.

According to Absolute Reports, a research report company, the global Payroll and HR Software market is anticipated to rise at a considerable rate, during the forecast period, between 2020 and 2026. In 2020, the market was growing at a steady rate and with the rising adoption of strategies by key players, the market is expected to rise over the projected horizon. Clients in the fast-growing Asia Pacific region need increased payroll visibility and global reporting combined with compliance and accurate payroll delivery.

“iiPay’s investment in the Asia Pac region represents a commitment to serve clients in an exciting growth market with tremendous opportunities to reduce complexities, ensure compliance, and provide a standardized approach to global payroll,” stated Curtis Holmes, Chief Operating Officer, iiPay. “Our clients expect operational excellence in their currencies, local language, and time zone while respecting cultural norms.  We expect to be our clients trusted payroll partner around the globe as they expand their business.”

With the rapid development of Financial Technology (FinTech), the idea of virtual banking has been widely discussed and is gaining more traction among the local banking population. The Hong Kong Monetary Authority (HKMA) first issued the Guideline on the Authorization of Virtual Banks under the Banking Ordinance back in 2000. However, the concept remained at an inception stage until 2018 when HKMA started to receive license applications. So far, out of the 30 applications, only eight had been approved and it was not until March 2020 that the first virtual bank was launched, 20 years after the first issuance of the Guideline.

It has been a long journey for virtual banking to be officially in place in town. To explore the dynamics of virtual banking in Hong Kong, Nielsen has conducted a Personal Finance Monitor to study customer perspective towards virtual banking. This yearly syndicated study aims to provide a holistic view on consumers’ personal financial status and identifying the impact virtual banking brings to the financial industry.

According to the Nielsen Personal Finance Monitor 2020, more banking consumers have heard of the term “virtual bank”, with the corresponding awareness level rocketing from 67% in 2018 to 93% in 2020. However, 42% of them have heard of this term but do not have a strong understanding of it and 38% of them are unable to correctly cite any virtual bank’s name.

“While virtual banks gain popularity among the public, consumers lack a clear understanding of the services and nature. It is imperative for corresponding financial organizations to dedicate more efforts to promote the virtual banking concept and educate the public about this innovative initiative,” recommends Eddie Au, Senior Director, Financial Services, Nielsen.

When it comes to popular virtual banking services, the survey reveals that around 75% of potential virtual bank customers prefer to start using virtual banks by opening a deposit account. Meanwhile, credit card services are also on demand, with over half of respondents (54%) showing interests in virtual bank credit card applications. Nonetheless, customers are less excited about virtual personal loan services, which are regarded as one of the popular market entry products for virtual banks. Only 18% of the customers claim they would consider applying for the loans in the future.

“Virtual bank has become a prominent and irreversible trend. Continuous growth is expected in virtual bank usage in the coming years along with the opening of more virtual banks. Still, facing competition from not only their peers but also traditional banks, virtual banks are recommended to fight for market share by putting their focuses on the most demanded services and offering competitive deposit interest rates to trigger trial usage,” said Eddie.

Virtual banks are expected to disrupt the financial industry by offering innovative and extraordinary products and services which are attractive and competitive, likely to force traditional banks to upgrade and improve their offerings and make better use of technology. In the end, banking customers would benefit from the competition. 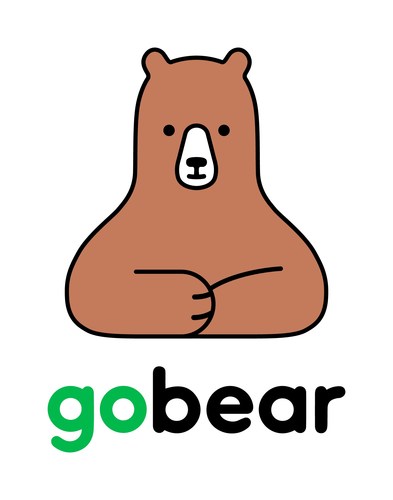 “To truly improve financial health in Asia we must address the approximately 300 million people in our markets that remain underserved by existing banking and insurance services. GoBear’s transformation is a response to this by tackling important local barriers to financial literacy and inclusion,” said Adrian Chng, CEO of GoBear.

A significant portion of the business’ transformation was completed in 2019 and with this funding, GoBear will be well-positioned to continue its expansion of the financial services platform across three growth pillars: an online financial supermarket, digital insurance brokerage, and digital lending, all built on a strong foundation of alternative data.

“Our latest fundraise is validation that our investors continue to see our potential for growth and that we’re on track to build a robust financial services platform that Asia really needs. Built on our strong foundation of alternative data, we can better assess and price risk, co-create better products, and ultimately improve financial inclusion,” added Adrian.

In the last three months, its digital insurance brokerage segment saw a 52% increase in average order value and launched GoBear exclusives to better meet consumer needs – “Go Travel”, a white-label travel insurance product with Chubb and “Travel Buddy” in partnership with Allianz. GoBear reinforced its digital lending business with the acquisition of AsiaKredit, a leading end-to-end digital consumer lender and has registered a 50% year-on-year revenue growth from loan products.

“It’s exciting to be part of a bold mission to improve the financial health of people in Asia. With our data and technology, GoBear is positioned to have a huge impact on the future of financial services in the region,” said Valeriy Gasratov, Chief Information Technology Officer of GoBear, who brings more than two decades of technical fintech and eCommerce expertise to the team.

GoBear first launched in 2015 as a metasearch engine. It has since grown to be a financial services platform that offers consumers a one-stop platform to search and buy the product they need. To date, GoBear has served over 55 million users searching for more than 2,000 personal finance products. 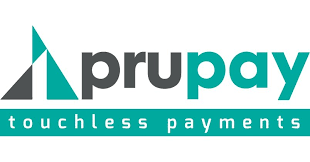 PruPay, a Denver-based payments technology company, is working with PayPal to develop and launch a simpler way for merchants to request one-time payments from consumers via text messaging. While paying via text is already widely available from several providers, PruPay’s technology lab was able to add a few simple tools that help both merchants and consumers with their real-world problems. Currently, PruPay is waiving its normal fees to help small/medium businesses during the global pandemic.

“COVID-19 has instilled a legitimate fear of sharing or touching anything, both person to person and latently on devices such as keypads, so text payments make even more sense today than just weeks ago,” said Bill Sedgwick, PruPay CEO. “We added security for merchants and optional add-on services like delivery fees, tipping, and a “Pay it Forward” option that are not provided on native text-to-pay platforms,” Sedgwick continued.

Normally, there will be a nominal fee of 10 cents per transaction, which merchants can either absorb or pass along, but for the first 90 days after a new merchant signs up through July 31, PruPay is waiving all charges to provide a respite during the global pandemic. PruPay will donate the net proceeds from Touchless Payments at least through the end of summer 2020. Standard PayPal processing fees still apply.

“We wanted to offer consumers a turnkey way to support their favorite local merchants and provide merchants with a way to allow contributions without marking up their menu prices or adding additional fees if they don’t want to. When payments are processed, there will be a prompt for the customer to add an amount of their choice to support the business voluntarily. Not everyone can contribute, but we have learned that those who can are often very generous to the merchants that they want to help.  It’s a goodwill gesture, versus a requirement, and people appreciate that,” Bill Sedgwick said.

How to choose an accounting firm for your business?