AliExpress, a global retail online marketplace under Alibaba Group, hosted its first large-scale sales event after the pandemic – global mid-year ‘Summer Sale’ Shopping Festival.  Sales generated in the first 10 hours of the festival was equal to the sales yielded for the entire first day in last year’s sales event – an indication showing a recovery with consumers across the globe, as they recuperate from the pandemic. With nearly 100,000 sellers and 70 million items involved in the shopping festival, total sales on the first day of the mid-year sales festival achieved a year-on-year growth of 50%.

Countries from Europe and Asia have shown an outstanding year-on-year sales growth, indicating that shoppers are eager to spend. South Korea recorded the highest sales growth of 113% on the first day, followed by Spain, Russia, Poland, Brazil and France. With people across the world inclined towards remote working/work-from-home, the shopping festival also registered more than 100% year-on-year growth for the sale of home appliances, furniture, computers and telecommunication devices.

Driven by social commerce and the ability to engage the audience with great content, livestreaming took the festival by storm during the summer sale. Customers from 213 countries and regions watched 1,844 livestreaming sessions to purchase products from the sale. Over 1,300 brands and 109 influencers participated in the sessions, covering 32 languages. Russia, Spain, France, Brazil and Poland were the top 5 countries that led the livestreaming viewership and Xiaomi, Huawei, Umidigi, Calk Official Store and Soocas were the top five brands that recorded the maximum sales from the sessions.

“We are thrilled to see consumers, brands and influencers from all over the world riding the Mid-Year Shopping Festival’s buzz and creating exciting content. Livestreaming-driven sales has become one of the hottest trends in ecommerce, reshaping the retail industry by developing a ‘see-now, buy-now’ trend that offers consumers instant gratification,” said Wang Mingqiang, the General Manager of AliExpress.

He added that “Looking at the huge success of the festival across the globe, we see livestreaming as a global phenomenon that can help stimulate the economy. We are focused on building a community of influencers, sharing experiences and best practices to take the trend worldwide, eyeing Europe as the next hub.” 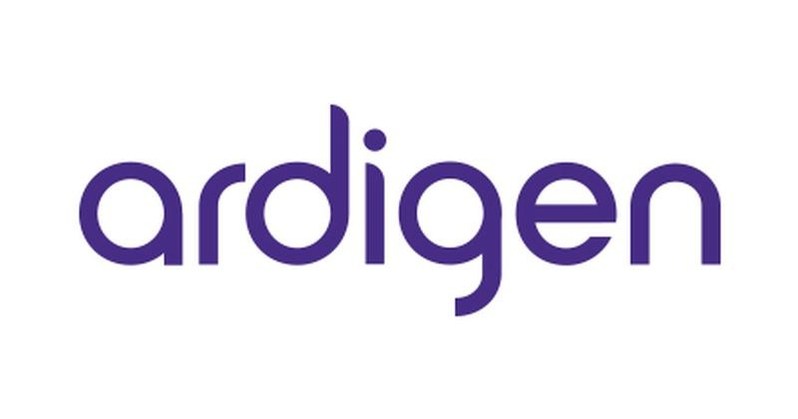 Ardigen and CVC announced that they entered a research collaboration aimed at the development of SARS-CoV-2 vaccine.

Ardigen’s neoantigen prediction platform called “ArdImmune Vax” employs state of the art bioinformatics and Artificial Intelligence to identify an optimal set of neoantigens as targets for cancer vaccines or adoptive cell therapies. This technology is also very well suited for the design of vaccines for infectious diseases. The core of the platform is a proprietary algorithm capable of predicting neoantigens’ probability to elicit an immune response.

This joint research enables CVC to benefit from Ardigen’s vaccine design technology by selecting which viral epitopes are the most suitable to boost cellular immune response. Complementing humoral and cellular response in the vaccine design is expected to result in 2 strong lines of defense against the coronavirus. The approach is likely to be more effective than vaccines designed to create antibodies alone.

“We are thrilled to help global efforts to mitigate COVID-19 applying our breakthrough technology powered by Artificial Intelligence, reducing the vaccine design phase to a few weeks,” comments Janusz Homa, CEO of Ardigen.

Robert Feldman, CEO and Co-founder of CVC, adds: “CVC is excited to be working with Ardigen who are at the forefront of T-cell epitope design. The collaboration gives us the best chance of our product inducing an effective T-cell response against SARS-Cov-2.”

StatusToday, the emerging leader in workplace analytics, announced today that its people analytics platform Isaak has now been acquired by Glickon for an undisclosed amount.

Glickon is a leading HR tech company headquartered in Italy that provides a candidate and employee experience platform that can help engage employees while generating data and insights.

With the increasing focus on remote work and collaboration, companies are looking at AI powered tools to improve employee wellbeing and engagement. Glickon provides an array of solutions to enhance workplace engagement and will consolidate the capabilities from the Isaak platform by StatusToday to enhance its people analytics offering.

“We continually seek out exponential growth opportunities – today’s announcement is exactly that,” Matteo Corte, CFO of Glickon, said. “We are excited about the possibilities that could come from the integration of StatusToday’s technology and what we can deliver to help answer some of the toughest questions that keep HR leaders up at night. A major step closer to a world where people wake up inspired and end the day fulfilled by the work they do,” Filippo Negri, CEO of Glickon affirmed.

As part of the acquisition agreement, Glickon also acquires the Isaak platform and related intellectual property. StatusToday founders, Ankur Modi and Mircea Danila-Dumitrescu, will support the acquisition as external advisers and move on to new ventures.

Ankur Modi, CEO of StatusToday, said, “Glickon has built a fantastic suite of solutions to help businesses be effective worldwide. I am proud that StatusToday’s proprietary technology will now power their people analytics offering and help companies and employees be more objective with decision making.”

Speaking on future potential, co-founder Mircea Danila Dumitrescu said, “Together with Glickon, StatusToday can add an objective transparency in the workplace, redefining the meaning of work in a way that is trustful, and informed.”

StatusToday was awarded the title of Best AI Startup at AI Summit in 2017 and has scaled up its platform to employees and managers in 1069 companies across 105 countries. It was recognized a Gartner Cool Vendor for digital dexterity in 2019. Ankur and his team have raised 4 million dollars from LocalGlobe, Notion Capital, firstminute Capital, Entrepreneur First, Force Over Mass capital, tiny vc and business angels. 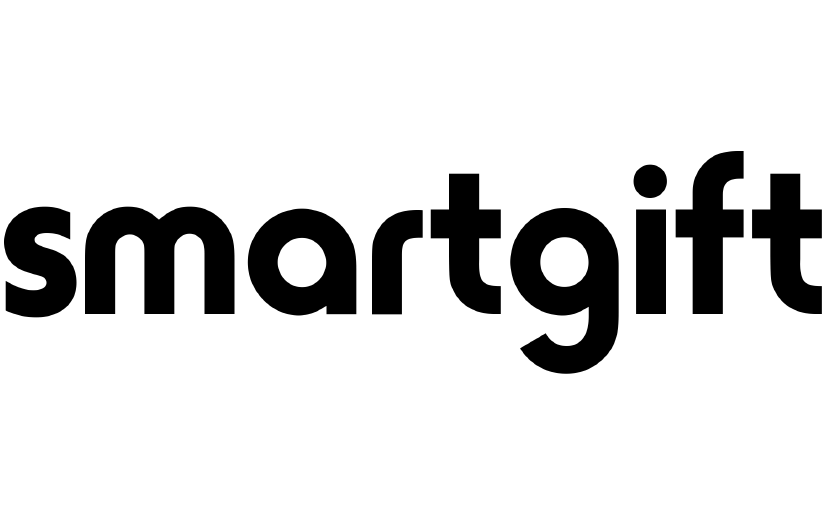 Gift-based e-commerce and data platform SmartGift announced that it has been issued a patent for its work in ecommerce technology—Patent No. 10,679,268.

The Company’s platform critically solves for and optimizes gift buying for others, for both the givers and the giftees. It helps shoppers give the perfect gift, every time. Shoppers can select items to send from their favorite websites and ecommerce merchants, and surprise and delight giftees of their choice by giving them the chance to virtually unwrap their gift via text, email, or any other digital platform. Giftees can then decide if it’s indeed the perfect gift. If not, he or she can swap for same-priced items or alter the gifts’ size, color or style, all before the items ship.

“We are so proud and beyond thrilled about this patent issuance. It recognizes our tireless research and the advancements we brought to ecommerce as a whole from the vantage point of gifting, peer-to-peer commerce and shopping for others. When we started SmartGift, we believed that this unique transaction has multiple layers that, when unlocked and connected, would make for meaningful and powerful shopping experiences. The rich array of dimensionality is hard to capture unless you go deep into shopping and receiving journeys that, by their very nature, are part of one-to-one and one-to-many relationships. It’s extremely joyful to facilitate human interactions and exchanges central to people’s important milestones and life events, and help spark emotions and delight in an otherwise me-centric shopping landscape,” said Monika Kochhar, CEO at SmartGift.

“It is both rewarding and important that many of our original ideas and inventions are now anchored in a patent issuance. We work day by day with the singular goal to iterate and improve on the gift giving and receiving customer experience through digital innovation, and provide the best technology and service to our platform brands and consumers. You can only get to this place by continuously pushing the boundaries and by putting your brainpower, heart and soul into the task every single day. This patent issuance is a victory for us as we keep pursuing the goal of global leaders in gift commerce innovation,” said Bernd Strenitz, Chief Product Officer at SmartGift.

Top brands such as 1-800-Flowers, Aveda, Kendra Scott, Kipling, Movado, Pandora Jewelry, ReserveBar, TUMI, Theory, Under Armour, vineyard vines, Waterford and many others utilize the SmartGift platform to power their peer-to-peer gift recommendations, shopping and customer experience. The platform helps brands lower the cost of customer acquisition and increase purchase frequency and customer lifetime value thanks to its suite of peer-to-peer and business-to-consumer customer acquisition, engagement, retention and reactivation products. Its award-winning Send with SmartGift product is used by consumers across leading brands to make every gift perfect.

In this Interview, Leading AI Expert Mariojose Palma Talks About the Evolution and Future of AI

What Comes After 5G?